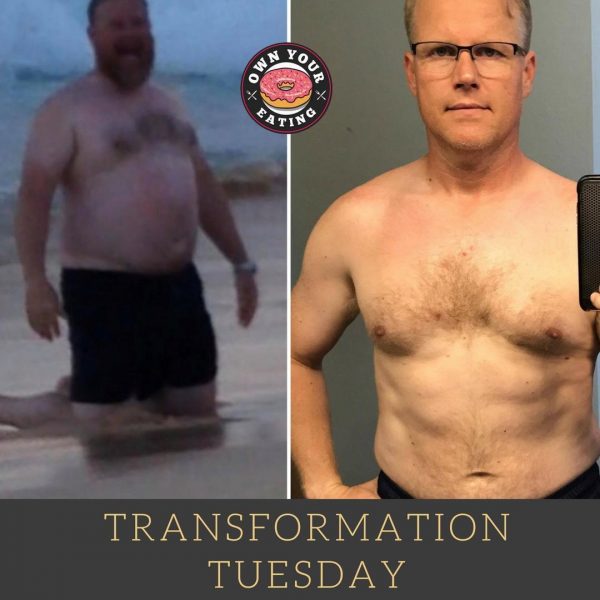 Bryan started CrossFit back in October 2015 and made some great progress with his weight loss getting down to 220 lbs. from 260 lbs! Then he hit a dreaded plateau for a good 6 months until he heard about

Own Your Eating. Here’s Bryan’s story on his success with flexible eating.

In October of 2015 I was the heaviest I’d ever been at 260 pounds and I decided to lose weight and get healthy. I loved food and craft beer and every diet I had ever been on just left me heavier in the long run. So, I decided I would exercise to lose weight.

I did start losing weight, but quickly realized I couldn’t exercise enough to compensate for poor nutrition choices. So, I eventually decided to follow a mostly paleo diet. I would say that this was when I decided to start eating like and asshole. Everything had to be clean and organic and sugar and carbs were not allowed! And in May of 2016 I got down to 220lbs.

I vacillated between 220 and 225 for an entire year. I started running, exercising 5-6 days a week. My diet was all over the place. When I would get close to 225 I would cut carbs and starve myself and get back to 220, but then I would start hating life and go back to eating what I wanted.

In May of 2017 I made a personal goal of getting to 200 pounds by the end of August. I had decided I would go strict paleo and cut out beer and had just decided that the only way I would lose the weight was to restrict my diet severely. I told myself I could just hang on for two to three months and then I could go back to normal eating.

After two days of my new diet plan I went to my gym to workout and there was a chamber event with a food truck out back and the coach came in and announced there was free beer and free BBQ out back!

As I drank beer and BBQ I felt guilty for cheating on my diet and I noticed two of my friends that had been losing weight and killing it in the gym drinking beer and eating a pork sandwich and fries!! I knew Molly & Cade Pearson had been posting on Facebook about this new “diet” they were on and I couldn’t wrap my head around how they could be eating fries and be on a diet. That’s when they explained “flexible eating” and told me about Own Your Eating. Seeing how they had transformed in the last couple months and how normal their diet was really impacted me. So, I ordered the beginner video and got started.

What changes have you noticed in your body?

I hit 200 pounds on August 11 and I’ve been hitting PR’s all summer! I went from XL to L shirt size and have dropped two belt notches.

The hardest part for me was hitting my fat numbers. Coming from a paleo background I would slather everything in butter and bacon.

I also had a hard time hitting my protein number without going over in fats.

Protein powder is my new best friend. And I have started to find things that fill my sweet tooth that are low in fat.

Coming from a low carb background it was really hard for me to feel comfortable eating things like cereal and candy. However, being able to eat a little of these things almost everyday is what truly makes this “diet” a lifestyle.

Check out Bryan’s BMI check up with In Body. He’s making drastic improvements in his health markers as well as losing weight. All while enjoying cereal, beer and candy! 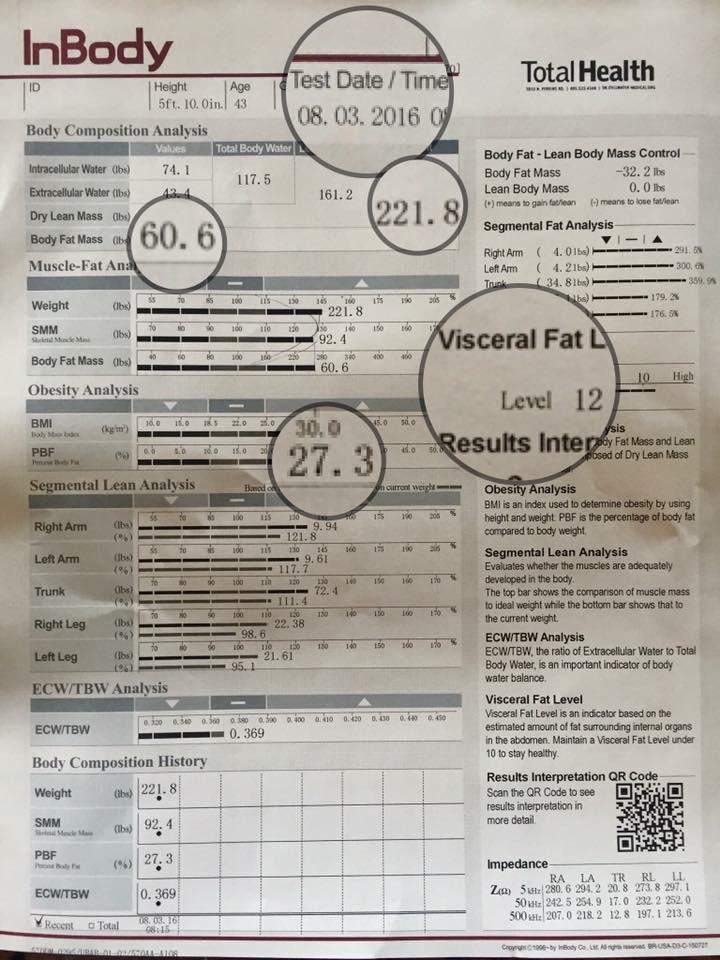 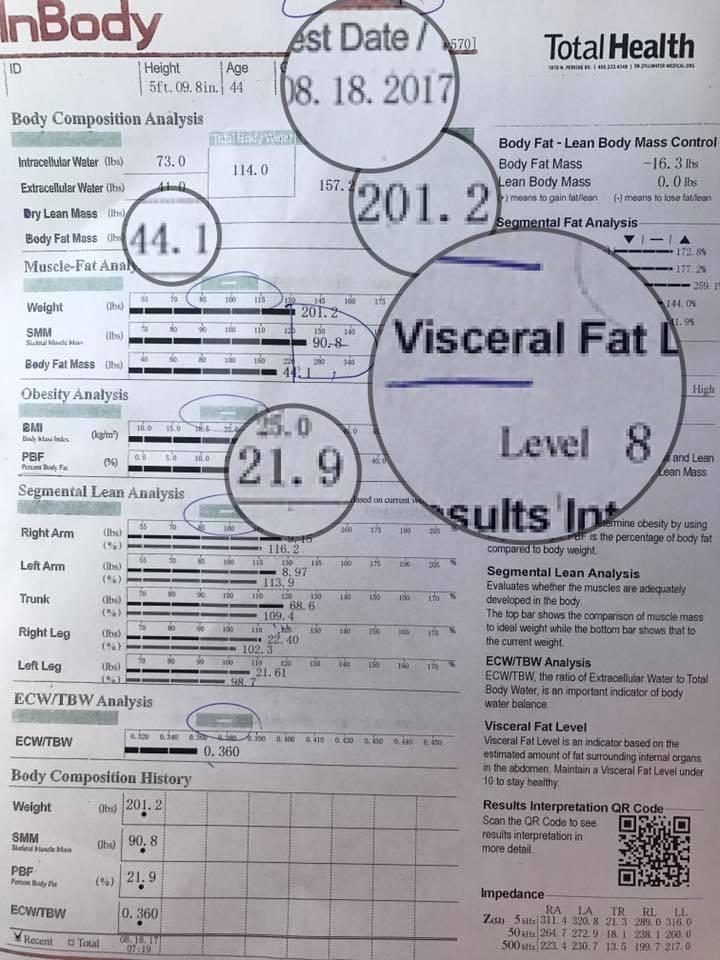 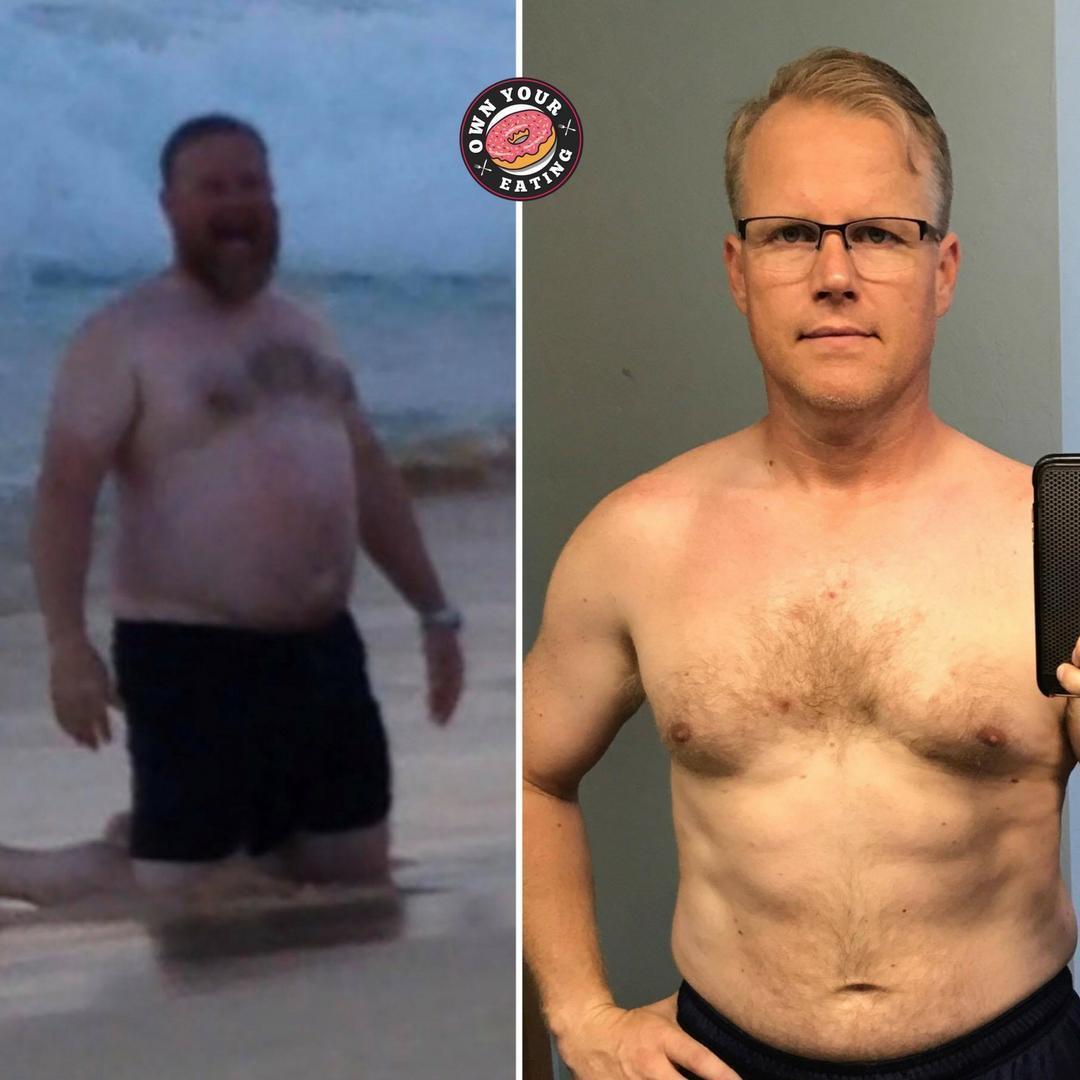