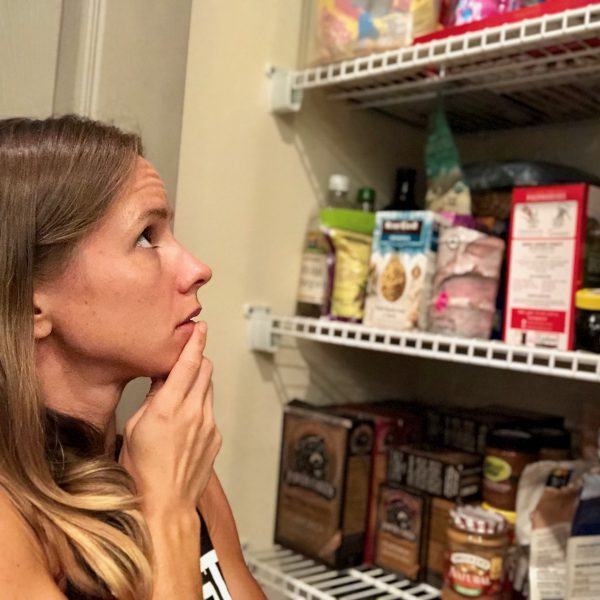 I’m sure most of us have experienced what it’s like to feel overly full. After all, eating a little too much every once in a while is completely normal and pretty easy to do, whether it was during a holiday, family gathering, or a simple meal out. Compulsive overeating, on the other hand, is not the same thing and is considered a disorder. So what are the signs and symptoms of compulsive overeating and what can we do to overcome it?

Firstly, the term “compulsive overeating” is an umbrella term typically used to describe loss-of-control eating behaviors such as:

Loss-of-control eating behaviors can be caused by many different things. Some people eat out of boredom while others mindlessly eat out of habit. Most of the time however, individuals resort to over-eating to help deal with an underlying emotional issue, like trauma, depression or anxiety.

People who compulsively overeat are often using food as a coping mechanism that helps them to avoid or ignore their deeper, negative emotions. How so? Because the types of food you choose to overeat typically result in a massive hit of dopamine, the neurotransmitter responsible for triggering the reward center of the brain. Whilst this temporarily helps to “stuff” your emotions down and mask them with short-lived feelings of pleasure, ultimately the surge of dopamine leads to a crash and further signals from the brain to satisfy a craving for more reward. Essentially, you find yourself trapped in a highly addictive dopamine “reward” cycle.

This doesn’t mean to say that food is to blame for our addictive or compulsive behavioral patterns. Let’s address this further.

The term “food addiction” may sound a bit out there and the idea is indeed quite controversial.  Research has shown that certain foods that are high in fat, sugar, and salt, have the ability to cause reactions in our brains that mimic those caused by drugs. So the idea of food addiction is plausible, but can someone truly claim to be addicted to food? Although some foods more than others can stimulate a powerful release of dopamine, that doesn’t mean that the food itself is an addictive substance.

The most common treatment for addiction is abstinence, but a common cause of compulsive overeating is actually brought on by restriction as a result of dieting. It is well-established now, that dieting is often to blame for triggering an “eat, repent, repeat” cycle brought on by food restriction or deprivation. Therefore, evidence suggests that it’s the restrictive/binge cycle itself that creates food dependency, rather than the food itself. Researchers suggest that a more accurate term to characterize this behavior is “eating addiction” rather than food addiction.

Of course what’s triggering us to reach for “restricted” foods in the first place, may well be caused by an emotional avoidance tactic too. It can be even harder to stick to a diet (especially a very restrictive one) if you are accustomed to using food as a coping mechanism. Eventually, you are likely to hit a breaking point and end up bingeing on all the “forbidden” foods.

Although this can be a hard cycle to break, it’s certainly not impossible.

How To Curb Compulsive Overeating

So how exactly can you curb compulsive overeating and break your so-called food addiction? After all, the standard treatment for addiction is abstinence and as we’ve already established, that isn’t always possible or even advisable when it comes to food. Well, one of the first steps is breaking that stigma that certain foods are “bad” and others are “good”. Food labelling in this way can be extremely counterproductive as we tend to associate eating “bad food” with negative behavior. More on this in a moment.

Let’s look at some of the ways in which you can help curb compulsive overeating:

It can be difficult to stop the cycle of overeating on your own, especially if there are negative emotions involved. So seek help, both from the people around you and from a professional like a coach or even a psychologist. Having a good support group is crucial. There is no shame in ever asking for help when you need it.

2. Eat When You Aren’t Hungry

This may sound a bit unusual, but hear me out. The occasions that I hear of when clients tend to overeat is when they allow themselves to get too hungry. When you’re really hungry your blood sugar levels tend to be very low and it can take a little while for them to raise to sufficient levels again and signal to your brain that you are indeed full and need to stop eating. In the meantime, you’re still feeling hungry and busy overeating.

Additionally, when you overeat, you eventually feel full, but then your insulin levels spike, causing you to feel tired, then hungry again when your sugar levels suddenly drop as your body attempts to remove excess sugar from your bloodstream. Which means you are likely to overeat again. Instead of trying to abstain completely when you’re hungry, eating consistently throughout the day will help your body to keep your blood sugar levels stable and prevent overproduction of insulin. If you eat when you’re either not hungry or only slightly hungry, you’ll eat less and tend to eat more slowly.

I’m sure we all know how important it is to drink enough water. But it’s even more important if you’re trying to stop eating your feelings. In fact, mild dehydration can cause a sensation that’s easily mistaken for hunger. Additionally, calorie bombs like juice and soda don’t fill you up and cause insulin spikes. Drinking water can actually produce a very calming effect on the body, so make sure to pass on the sugary drinks, and opt for water instead.

You heard me right, it’s time to end those miserable and restrictive diets. After all, overeating and restrictive eating are often two sides of the same coin. Deprivation can be a trigger for overeating just like stress, anger, or anxiety. With flexible eating there’s no need for any food to be off limits. You can achieve your weight loss goals without the feeling of actually being on a diet.

There is no such thing as “good” or “bad” food. In the end, food is food. So stop negatively labeling foods in your mind. Creating these associations causes you to feel guilty after you eat certain foods, which leads to more overeating. Food isn’t “bad” and you most definitely aren’t a bad person for eating a cupcake or a donut or your mom’s Mac ‘n’ Cheese.

Overeating is something all of us have done at one point or another, and that’s okay! But when that becomes a habit, it’s time to stop it in its track. You can help curb compulsive eating in so many ways, but the first step should always be to get help.

We know that your nutrition is not an individual concept that can be addressed alone. We treat our clients holistically and coach each individual according to their own unique set of circumstances and needs. If you are interested or just want to learn more about our Lifestyle coaching programs, contact us or visit our FAQ for any questions!