3 Habits for a Better Morning Routine 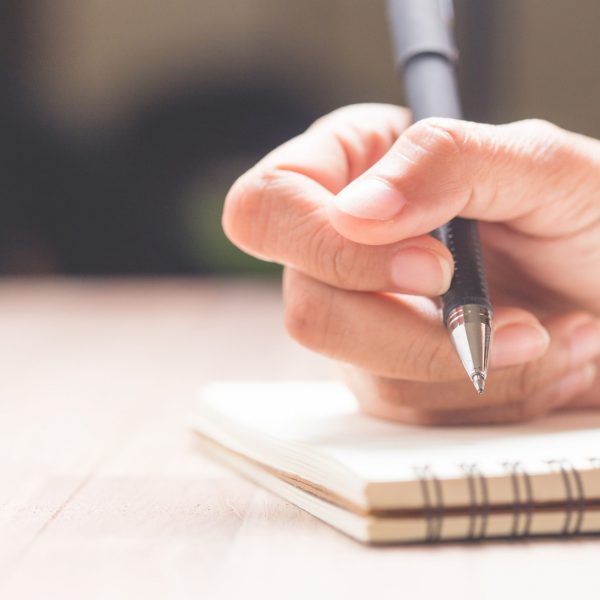 Have you ever wondered if you could get more done?  What habits would allow you to do this? Days roll by, tasks are overwhelming and sometimes just getting started seems like the most daunting task.  Too many distractions, brain fog, crappy sleep, you can’t focus on just one task because every single one seems important.

How do successful people do it?  What makes them different from you?  Chances are they are not insanely gifted with motivation or willpower, they’ve just cracked their code for being productive by establishing their own routines. Good news is, you can do it too!

That’s why there are thousands of books out there on this topic and chances are you have read at least one.

The truth is it’s not so much about finding something game changing it’s about finding what works for you and implementing it into your day.  As these habits become routines, you’ll be better able to balance taking care of yourself and your working hours. Your stress will decrease and you’ll find more opportunities for fun and relaxation.

Daily routines are at the foundation of almost all successful people.

From John Adams skinny dipping every morning to President Obama having dinner with the family every night while in office. But they are not only for politicians.

Mark Zuckerberg and Steve Jobs were known for wearing the same style shirt every day, even though I’m pretty sure they could afford nicer stuff.

In fact, you’d be hard-pressed to think of any highly successful person who doesn’t have some kind of relatively structured, and occasionally elaborate daily routine. It may seem like a relatively simple concept, and that’s because it is. You’re doing the same thing day after day. Removing the element of choice or having to make one less decision each day makes life simple.

But when it comes to choosing the behaviors and structure of your day, actually implementing them, and then sticking with them long enough until they become your routine, something you can rely on each day… that’s where it becomes difficult. So let’s start at the beginning.

How To Form Habits

A habit is simply a behavior that has been repeated so regularly that it has become automatic. You likely have many habits that you don’t even remember forming, such as brushing your teeth or making your morning coffee. But according to this study, the average time it takes for a habit to become automatic is 66 days, with a range of 18-254 days.

In general, habits have a three-part “loop”: a cue, a behavior, and a reward. The cue, or trigger, is what tells your brain to automate the behavior of the habit. This is all reinforced and repeated by the brain because for some reason the brain likes this particular sequence of events and experiences a reward for it. One MIT study showed that habits can become so engrained, so automatic, that even if you remove the cue and the reward, the behavior or action remains.

When considering starting new habits or breaking bad habits, it’s important to experiment with the cue and the reward.

As difficult as they can be to develop, there are a number of reasons why habits are so effective and worth taking the trouble to reorganize your time and energy to form. Habitual routines provide structure to your day and eliminate the time and stress required to plan the day ahead. This provides direction to your day so that you can move seamlessly from task to task and instills a sense of ownership.

When thinking about the habits you’d like to develop and how you want your every day to look, it will likely be utility and happiness that drive your decisions. Naturally, when your routine is implemented, you will feel more fulfilled and accomplished and battle less daily stress. You’ll also be more efficient, which will allow more time for other things in life that make you happy.

Morning routines are especially helpful because they allow you to prioritize self-care while your willpower and energy are high, and even giving you something reliable to use when you’re traveling or starting your day in strange, new places.

The research by Steve Key, a professor of molecular and computational biology at the University of Southern California, shows that “when it comes to doing cognitive work, most adults perform best in the late morning,” so you’re also ensuring that you’re setting yourself up for the most productive day possible in the right mindset.

The following three morning habits have been tested for effectiveness and validated by science to set you up for a successful day.

3 Habits For A Better Morning Routine

Rather than grab your phone and jump immediately into emails or social media, which is a rather stressful and rushed way to start the day, use this quiet time to ease into the day and gather useful data about yourself.

Journaling first thing in the morning will set the tone and intention for the day. Gratitude journaling, in particular, has a number of health benefits, including improving physical and mental health, rewiring your brain to actually experience the positive emotion of gratitude more often, improving sleep, and just putting you in a positive mood before starting the day. Journaling in general, whether freestyle or structured, is a great way to check-in with yourself, understand and untangle your complex thoughts, feelings and emotions, reduce stress, and improve your overall well-being.

We know how important developing habits are for progressing with your health and fitness goals. That’s why we developed the Own Your Eating Journal to give you a space to quietly reflect on your day, break down bad habits and build new ones that will lead to your success! Each day starts with a positive affirmation or thought-provoking quote to help you shift your perspective and break through the chatter of your daily demands so you can focus on making what matters most a priority!

During this time of stillness, you can also gather informative data on your state of physical wellness. If you make it a practice to take your heart rate variability (HRV) every morning, you’ll better understand the preparedness of your body to respond to daily stressors and workouts. A high HRV generally indicates that your body is rested and ready to take on the day and a difficult workout. A low HRV may indicate that your body is not fully recovered from stress that may have taxed the nervous system, such as a hard workout, illness, a lack of sleep, or even mental and emotional stress.

Checking-in with your mind, body, and spirit will give you a sense of how best to structure your day’s activities and workouts.

This is going to get the blood flowing to wake up your body and mind. The goal of this morning movement is not a stressful, exhausting workout, but rather a light to moderate intensity workout focusing on natural movement that you enjoy. This will create positive momentum for engaging in healthy habits throughout your entire day.

Arguably, the most natural movement is a brisk walk outdoors. The meditative nature of walking, exposure to varying temperature, and morning sunlight exposure all have major benefits. Exposure to sunlight or blue light in the morning is highly important for setting and maintaining an optimal circadian rhythm, ensuring your sleep patterns, hormone production, metabolism, and other biological functions are all running smoothly.

Another option with added benefits is swimming. This low-impact exercise is easy on the joints and great for the cardiovascular system, but some really amazing things happen when you expose your body to cool temperatures. Cold thermogenesis increases brown fat activity and calorie expenditure, increases levels of adiponectin, a protein that helps prevent inflammation and regulate blood glucose levels, strengthens the immune system, helps strengthen the nervous system and stress response, and so much more.

Your morning’s workout could also be used to focus on the restorative exercises that may get pushed to the wayside in your busy life, such as mobility work, yoga, RomWod and dynamic stretching.

Generally, your morning movement shouldn’t be the main workout of your day that you’re using to really improve your physical strength or cardiovascular capacity. This is because things like muscle anabolic signaling for growth, testosterone produced during resistance training, and higher core body temperature causing better reaction time, mobility, and muscular blood flow all peak later on in the day.

As woo-woo and wishy-washy or cheesy as it may sound, when you’re walking or swimming or doing any of the other morning routines already mentioned, say these words, out loud, over and over again to yourself, “Peace, love, joy.”

In recent years there’s been a growing interest in the role of antecedents that can dispose people to view stressful situations more as a challenge than a threat to happiness or satisfaction. Of particular intrigue is a small bit of gray matter on each side of the brain, known as the amygdala. The amygdala plays a crucial role in the development and expression of conditioned fear. Conditioned fear is essentially a particular behavior pattern produced when an individual is faced with a particular set of stimuli.

Take, for example, a heavy work day. You look at the hours ahead of you, and the long hours combined with the amount of work you have can stimulate the amygdala to cause an anxious, fearful reaction that, if left alone, may detract from your ability to effectively tackle each task.

Can the amygdala also be stimulated by auditory stimuli? Absolutely.

Another study provided the first evidence that this is the case by observing the amygdala’s activity as the subjects listened to emotionally positive, negative, and neutral words. Relative to the neutral words, the positive and negative words caused a lot more activity. In particular, the positive words, even more so than the negative words, caused reactions in the dorsal and ventral striatal regions of the left amygdala, which have been linked to reward and positive affect, specifically as it relates to processing emotion, including learning about the beneficial biological value of different stimuli. So by stimulating the amygdala, you could actually shift your mindset to approach a challenging day as just that – a challenge. It’ll be hard, but you’ll be better equipped, both mentally and emotionally, to tackle it.

Peace, love, joy. You can even say, “I love you”, as a means of self-affirmation. You can also try writing down one thing, in your journal, that you’re grateful for, which will enhance the trifecta of positive emotion. By doing these super simple things, both mind and spirit will be properly oriented and fully optimized by the end of the morning. It complements the de-stressing and decompressing that occurs with a sense of an affluence of time. And it perfectly accompanies an activated parasympathetic, rest-and-digest nervous system.

A great resource to hunt down the routines of many famous folks is the blog Daily Routines. Check it out, give it a read, or bookmark it for a day when you’re not conquering one task after another. You can also find more interesting habits in the book called Daily Rituals: How Artists Work. As you read through the list, it can seem exhaustive, or intimidating, or maybe even excessive. But after you begin implementing some of these tactics and they become subconscious and automatic, you won’t even have to think about them, and each day, no matter how jam-packed, will begin to flow by with relative ease. You don’t have to try everything at once because it’s much easier to add one routine into your life at a time. Just stay the course in continuing to experiment with habits until you discover what works for you.

By adding in just a couple core rituals, you will: