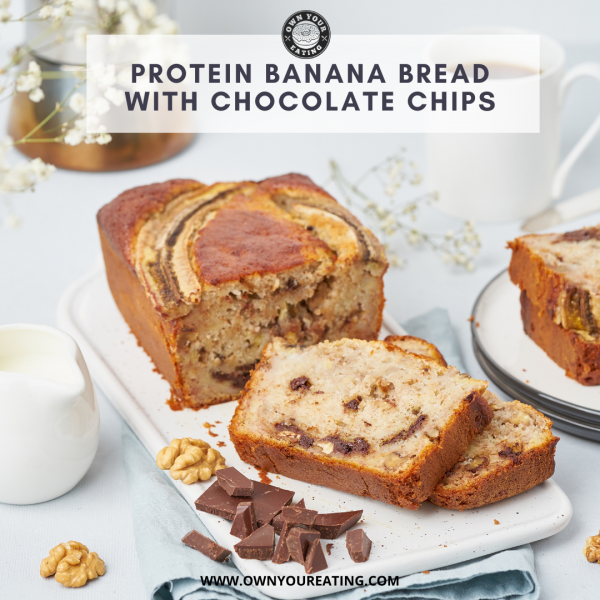 I LOVE banana bread! But the macros on any standard slice are usually too dear to spend. Take the Starbucks banana walnut bread for example. 1 slice yields 52g carbohydrates, 21g fat and 6g protein. That’s 420 calories without so much as a sniff of chocolate chips! 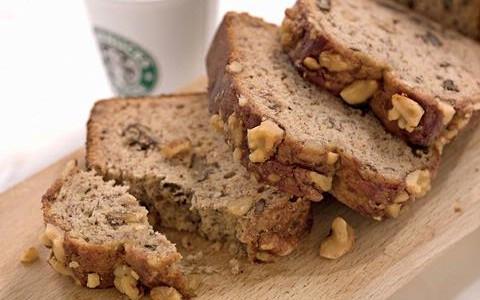 I was fortunate to recently be hosted by the Stuarts in their gorgeous family home in Pennsylvania, not too far outside Philly. Two members of the Stuart clan happened to be kids aged 11 and 5. During my time there and from other observations I’ve made whilst making myself at home at various people’s houses (#lifeontour), I think I’m beginning to understand the never ending challenges of parenting! Or at least I’m beginning to empathize. Agreeing to pretty much anything just to get your kids to give you 10 minutes peace seems to be the survival technique used by many. Unfortunately this often ends up with you agreeing to do things like play My Little Pony tomorrow (don’t think that they’ll forget!) or saying yes to a donut in exchange for two bites of broccoli. How kids become masters in the art of negotiation at the tender age of 5 is quite baffling! 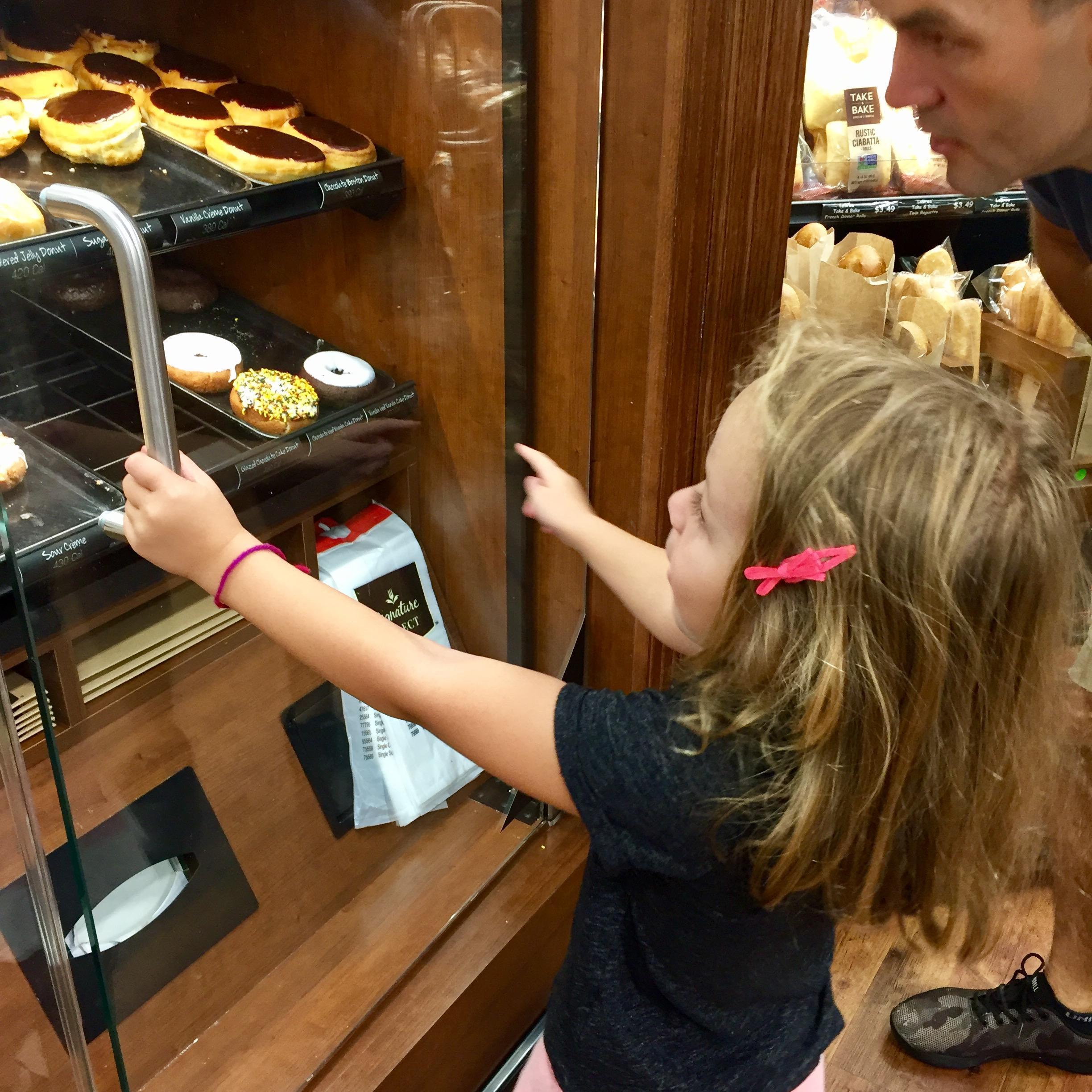 Now don’t get me wrong, most of the children I’ve encountered have been pretty good, but kids are kids! You put a bowl of broccoli and a donut in front of an adult and you’d be hard-pressed to find one that would prefer the bowl of greens – pobodys nerfect. So trying to get kiddy-winks to eat a well balanced diet is bloody hard work! It wasn’t too surprising then that I spied several spotty looking bananas on the kitchen counter, extremely ripe and ready for cooking. If you’re already tracking your macros then you’ll know that one of the biggest challenges when you first get started is trying to hit your protein goals for the day. Well it turns out as no surprise that our aversion to protein stems from childhood. Why is that? Well carbs and fat are simply yummier duh! Just ask Lana 🙂 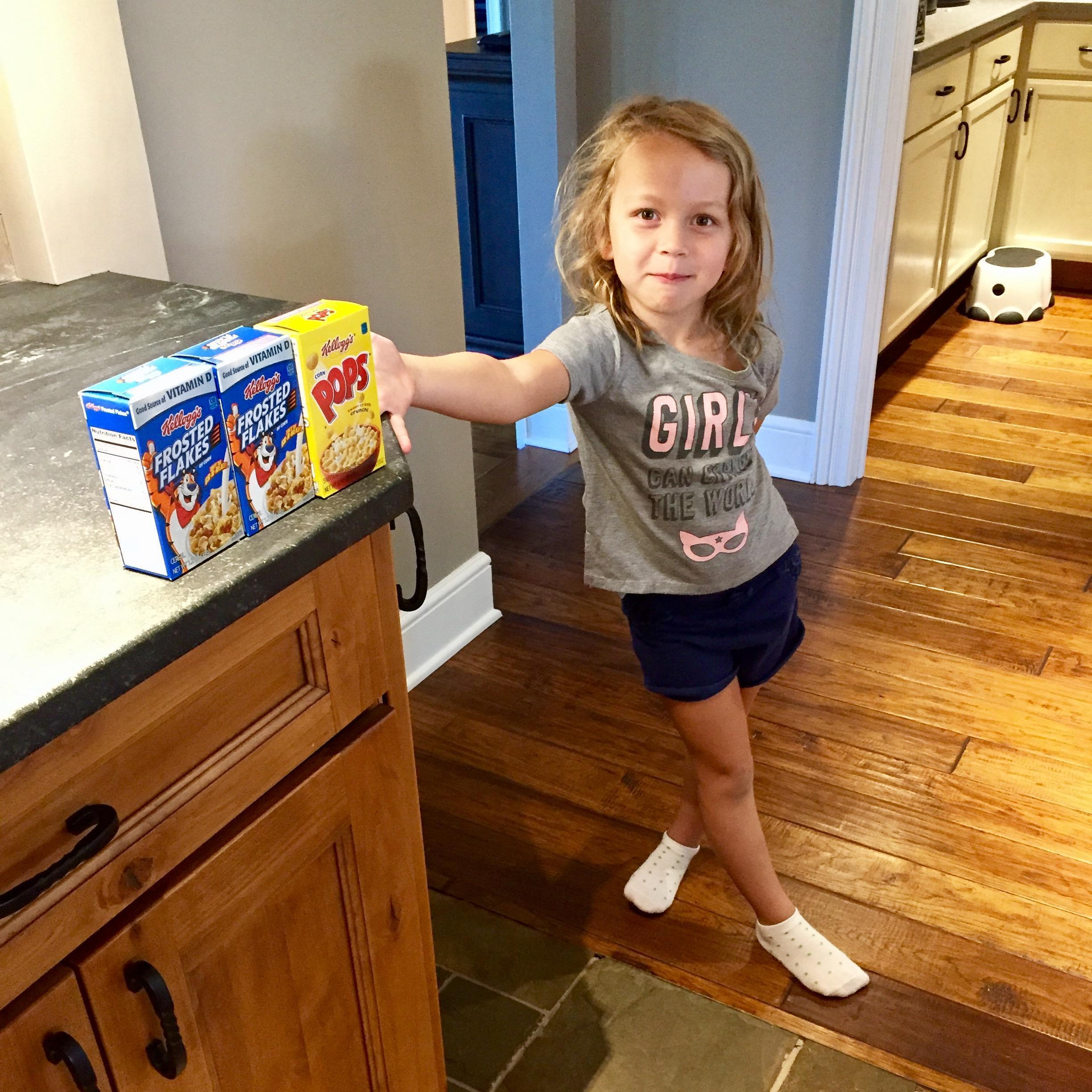 As well as getting your miniatures to eat their fruits and veggies, encouraging a taste for protein is also essential. Whilst we were recently in New York, we met up with our friends Howie (Jay’s best man and long time friend from college) and Jen and their two little munchkins, Oliver and Chloe. These two are clearly hooked on all things carbs, which was somewhat obvious when we saw Chloe lick an entire donut clean of its sugar – no judgment, I did this just the other week and to be fair it was a donut from Dough. 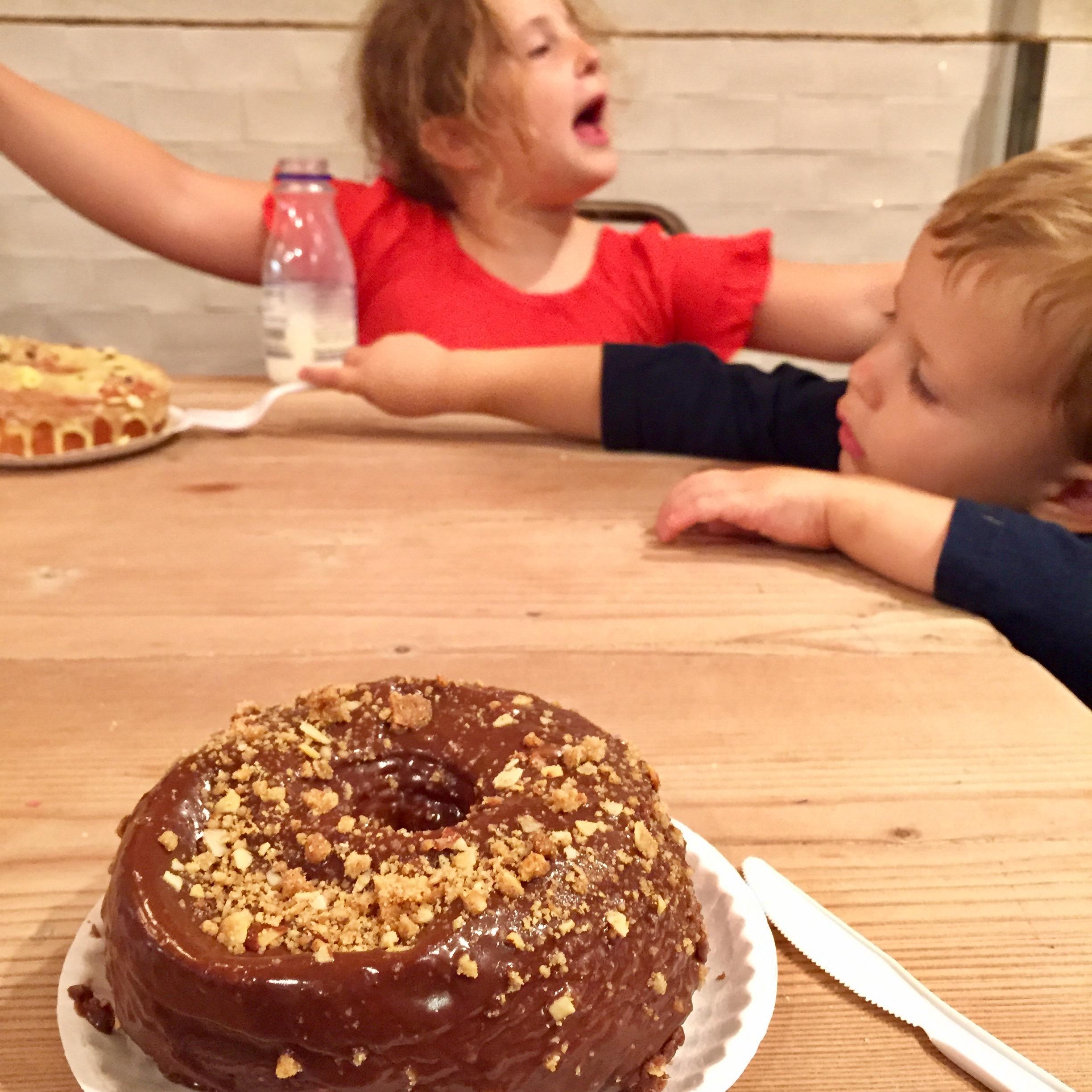 Over donuts, we asked Howie how he goes about getting his little ones to eat their protein. Well other than bargaining, his strategy is to hide it! Sneaking protein powder into milk and other recipes is his usual practice. Which gave me a great idea for this banana bread! 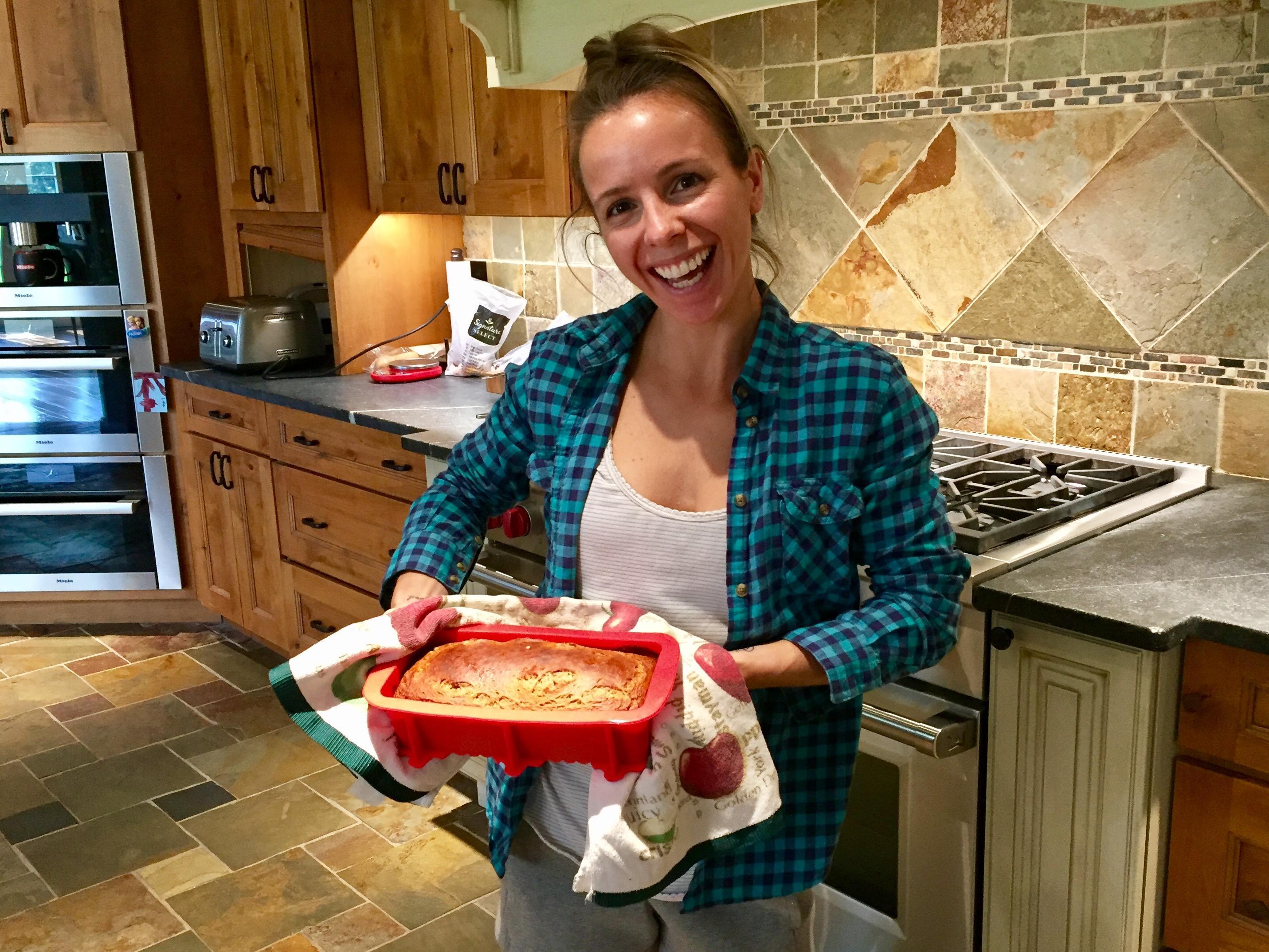 I was SO happy with how this turned out. The outer layer was a beautiful golden brown with a little crunch to it and the inside was deliciously moist. I wasn’t sure what would happen given this recipe is so low in fat but the unsweetened applesauce seemed to do a good job at replacing that density and texture that would be achieved from including butter and whole eggs. 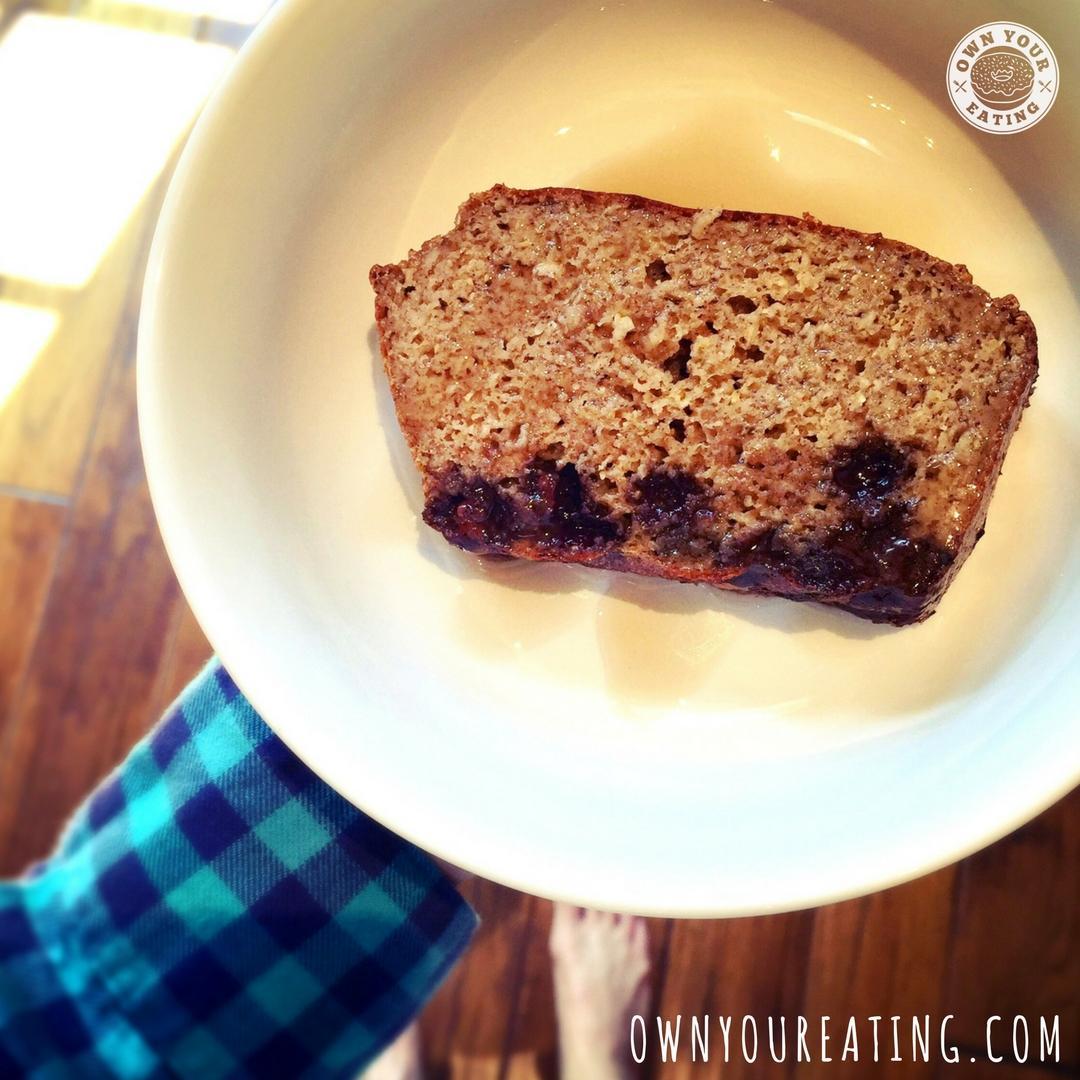 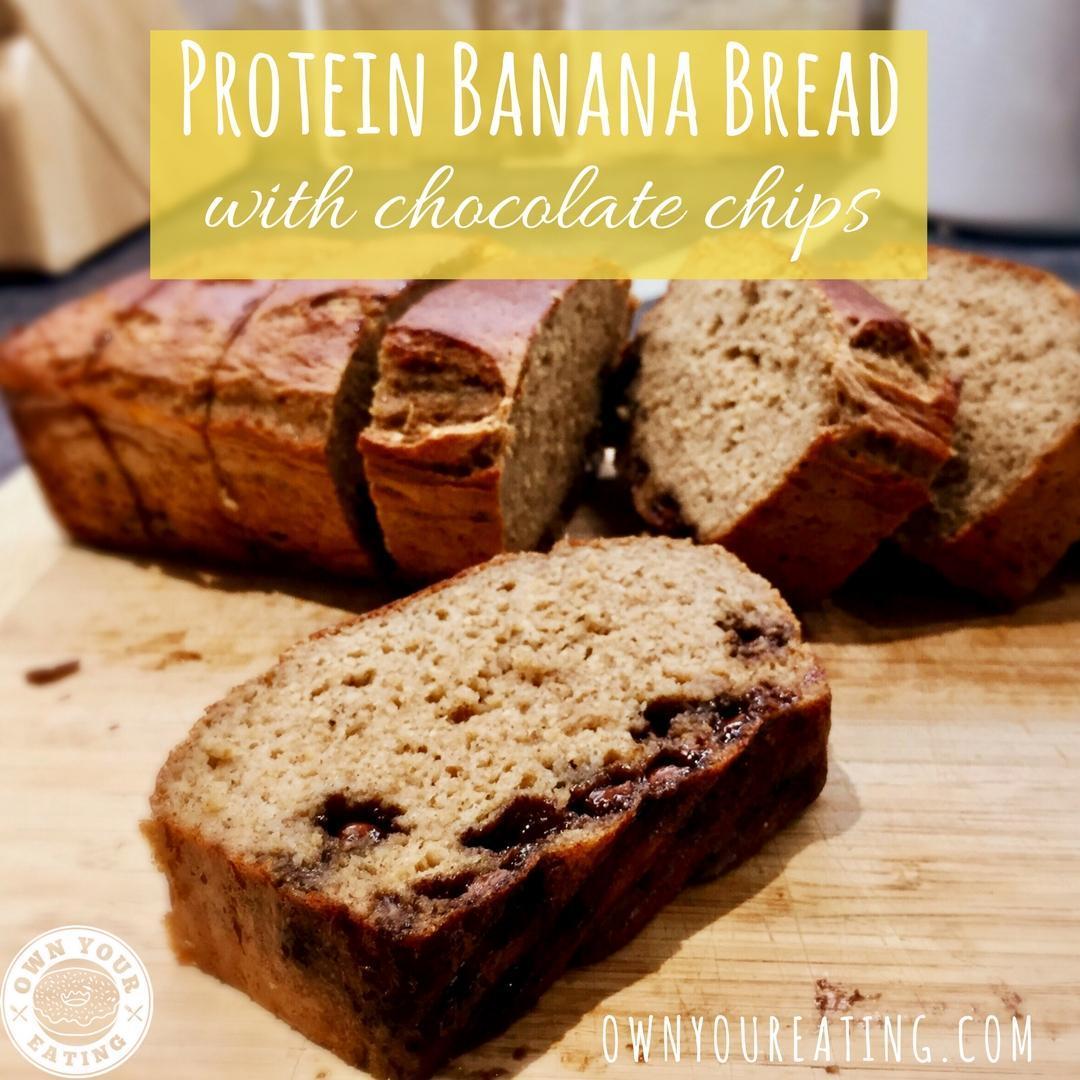 I understand, trying to get your kids to eat well is about as enjoyable as banging your head against a brick wall, but good nutrition habits should start as young as possible. Poorly nourished kids become unhealthy adults, especially with the hormonal changes of puberty. Overweight kids struggle to move properly which often leads to them becoming less active too. Do what you can to set your kids up for healthy habits in the future, even if you have to sneak protein into their desserts! 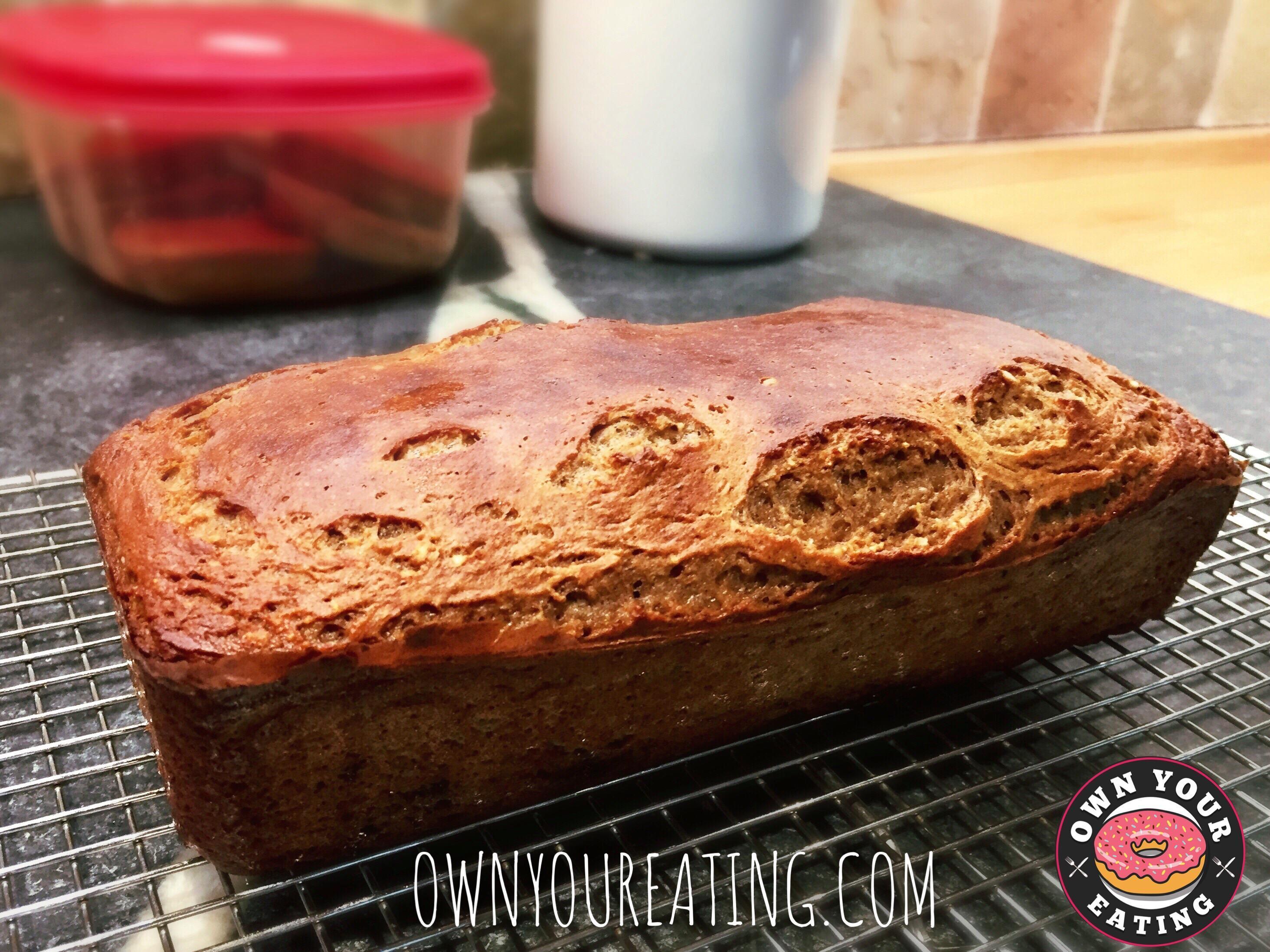 If you enjoy this recipe, make sure you check out our Paleo Banana Walnut Muffins too! 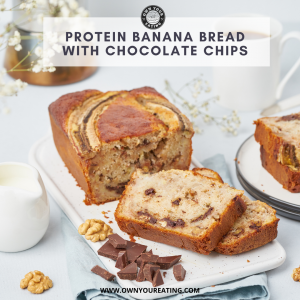 If you'd rather not use gluten free oats as your flour, you could also use a combination of almond flour and coconut flour as an alternative. This will add more fat to your bread and give it a nuttier taste which I think would prove delicious! Check out our banana walnut muffins that uses these flours instead.  To make this recipe vegan, you can also substitute the egg whites with a flax egg or use more unsweetened apple sauce. You can also use a plat-based source of protein powder. 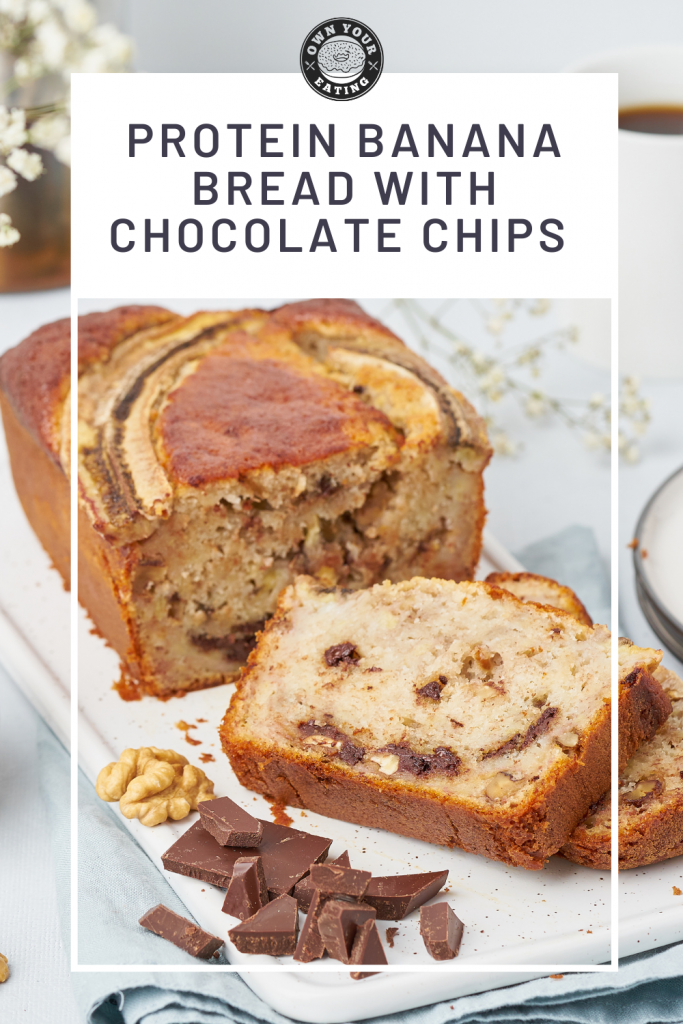